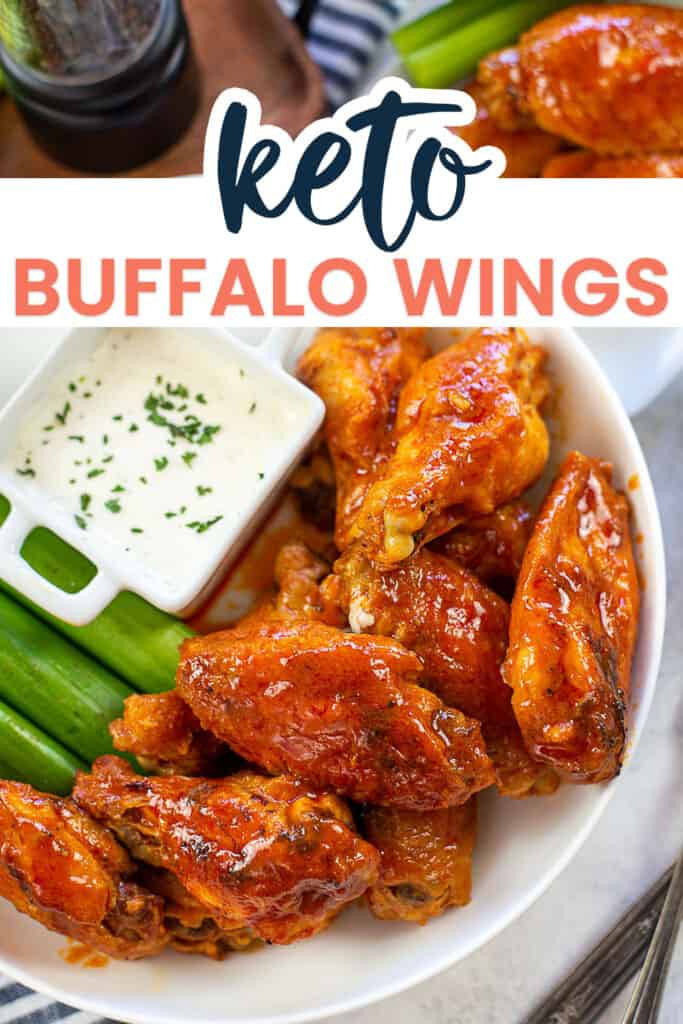 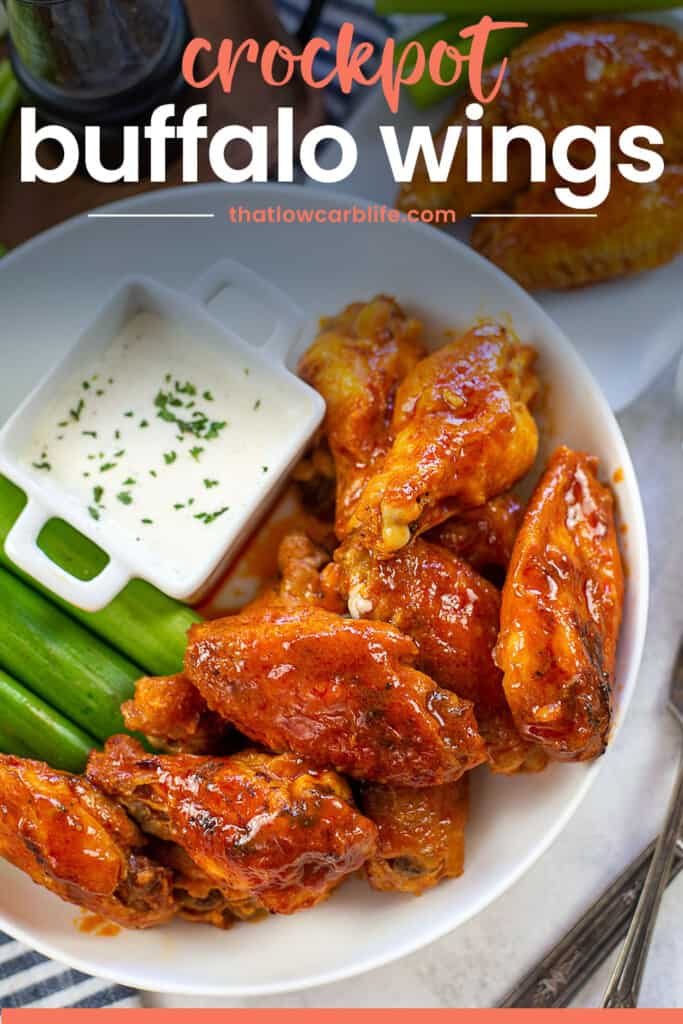 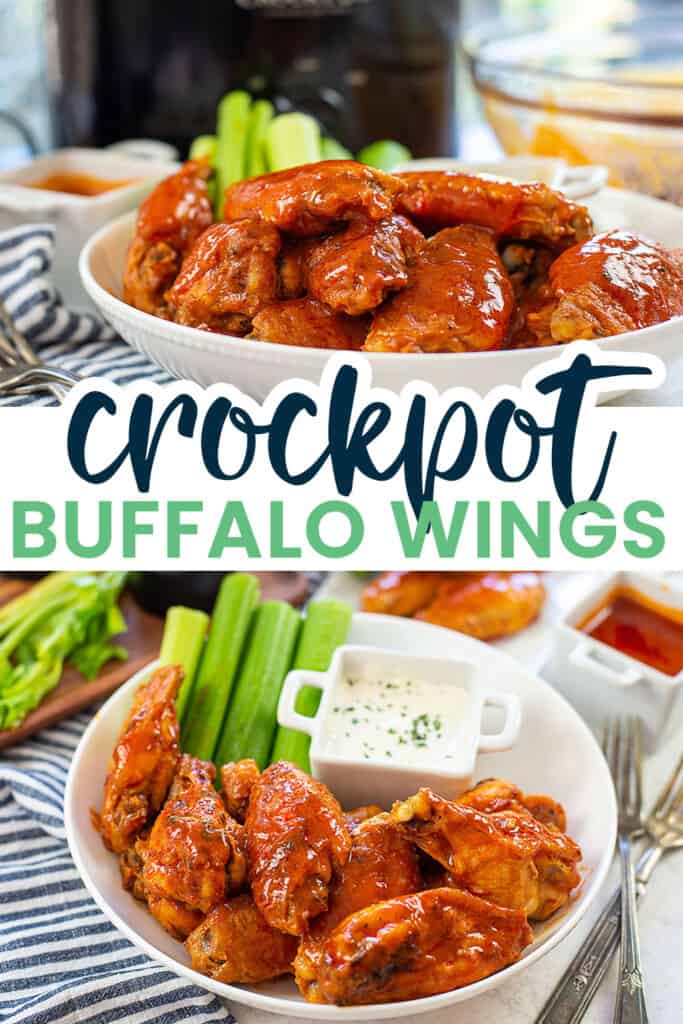 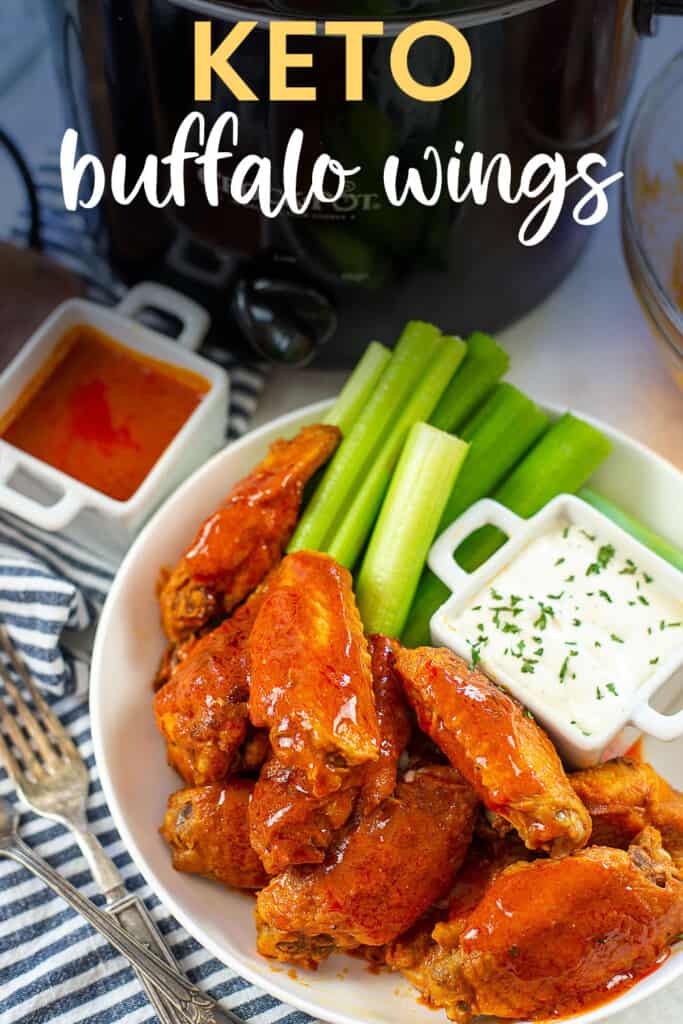 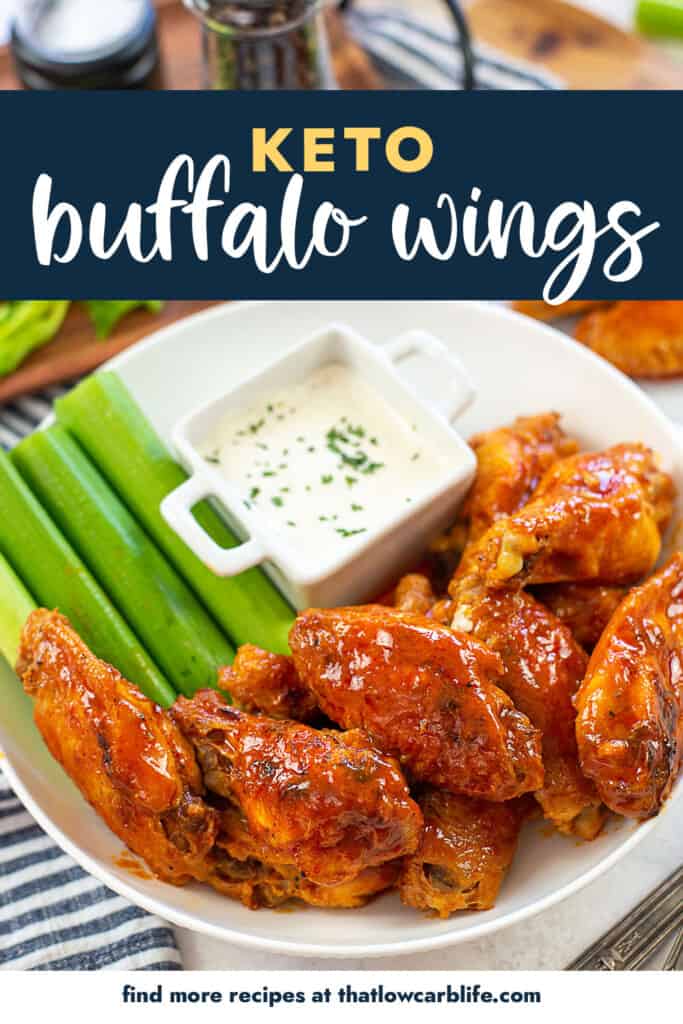 These CROCK POT CHICKEN WINGS are so tender and juicy. We pop them under the broil for the ultimate crispy skin and then toss them in our homemade buffalo sauce.

Everyone loves a good buffalo wing, but no one seems to like deep frying them…myself included!

We’ve done air fryer wings a million times at this point (they are amazing!!), but not everyone has an air fryer and sometimes you just want to make a larger batch than the air fryer allows.

The crockpot is actually perfect for making wings! The meat gets so tender and practically falls off the bone just before you pop the wings onto a sheet pan and place them under the broiler in your oven to crisp up the skin. You’ll be a little skeptical as you pull them from the crockpot, but the skin really crisps up beautifully!

Absolutely perfect every time and beyond simple, too!

We’re a sucker for our homemade ranch dressing, but you can also dip these wings in blue cheese dressing.

Have you tried out crockpot BBQ chicken wings yet? Same method, but with the easiest 2 ingredient homemade BBQ sauce!

This post contains affiliate links. As an Amazon associate and member of other affiliate programs, I earn from qualifying purchases.

Chicken Wings – You’ll need fresh or thawed chicken wing pieces. We like to use both the drums and the flats which is generally how they come in the store. These will get seasoned and slow cooked until they are nice and tender and then finished under a broiler for the perfect crispy skin!

Chicken Wing Seasoning – We’re keeping it simple on the seasoning with a mix of salt, pepper, and garlic powder.

Broth – Some chicken broth will provide the liquid you’ll need for these crockpot buffalo wings. They’ll slow cook in the broth until they are tender and juicy!

Buffalo Wing Sauce – Every good homemade buffalo wing sauce should start with some Frank’s Red Hot Sauce! It’ll get mixed with butter, vinegar, Worcestershire sauce, and if you’re in the mood for extra spicy you can add in some cayenne pepper! This sauce is amazing!

What We Love About This Recipe:

How To Make Crockpot Wings:

If you are using a different hot sauce than Frank’s Red Hot, or if you plan to add in the cayenne pepper, it’s probably a good idea to give the sauce a taste before coating the wings in it to get the heat just right.

Can I use a different hot sauce?

Sure, but your results will be a bit different than mine as the sauce was formulated based on using Frank’s. You could also just purchase a wing sauce and use that in place of our homemade wing sauce.

Can I store these slow cooker chicken wings?

They should last for a couple of days in the refrigerator if they are tightly covered. Another option is to prepare the chicken wings and the sauce and store them separately until you’re ready to eat. The homemade buffalo sauce will last even longer in the fridge in a sealed mason jar.

To make the wings:

To make the sauce:

The wings will be very tender and the skin will be soft after slow cooking. Placing the wings under the broiler quickly crisps the skin up, but keep a close eye as they'll go from crisp to burnt quickly.

Swap in a store bought wing sauce to save time, if desired.

Frank's Red Hot has quite a bit of sodium, which is why it's so high. Try a lower sodium hot sauce if this is something you're concerned about or reduce the amount of sauce you use. 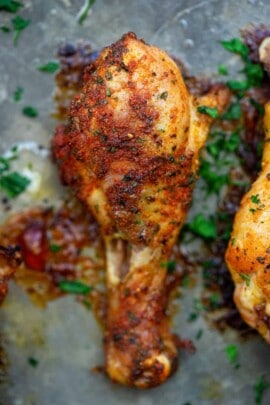 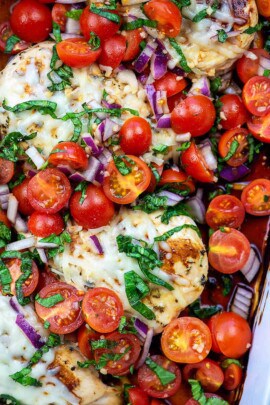